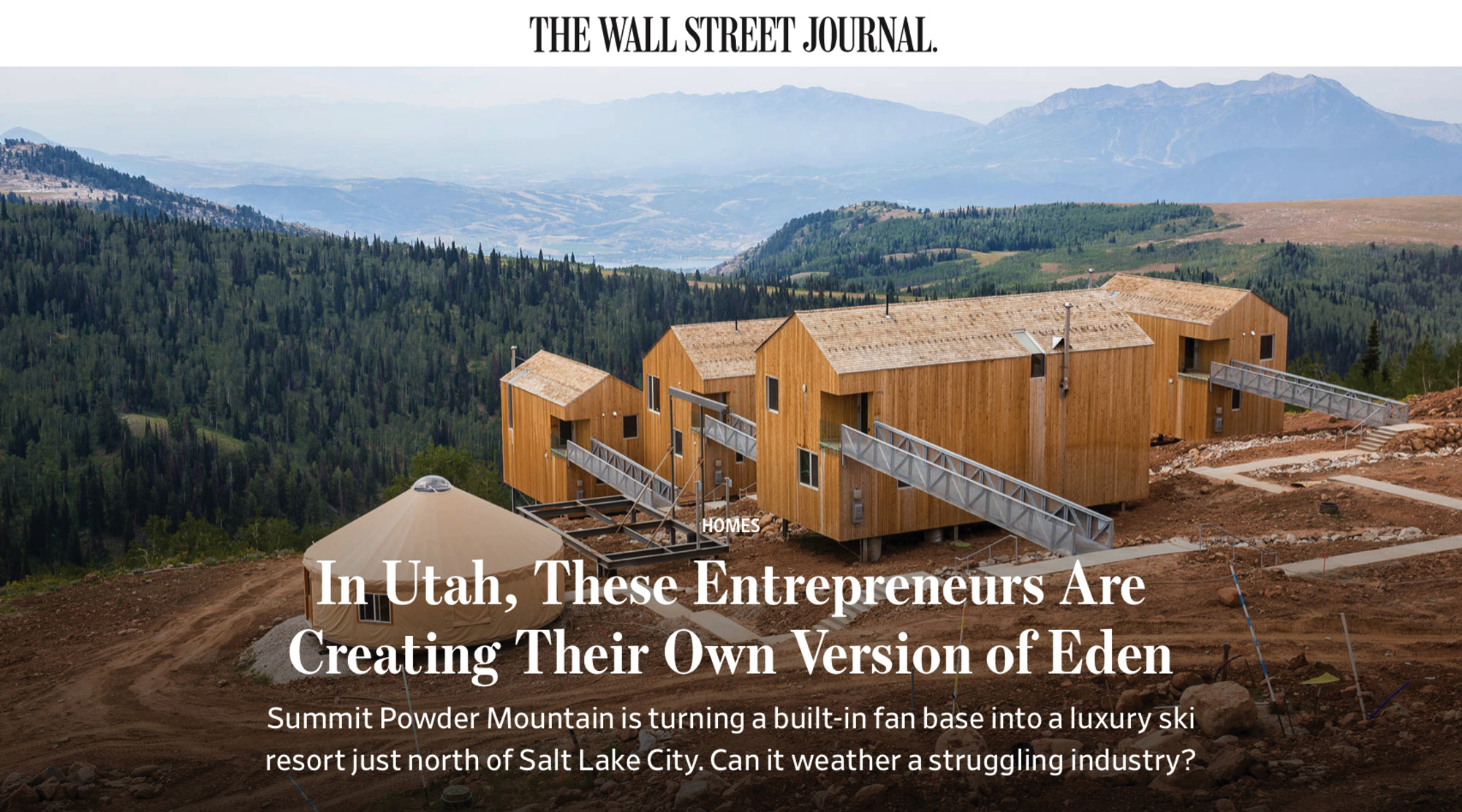 Instead, the Binghams’ 5,200-square-foot, four-bedroom, five-bathroom home is partly clad in Wyoming snow fence, and looks more like a mashup of urban loft and bunk house, with a floor of rough, paint-speckled wood sourced from a 19th-century factory, walls of windows in the open-plan living area, and an alcove bed in the den for impromptu guests on snowy nights. It cost between $750 and $800 a square foot to build, said Ms. Bingham.

“My husband and I had always talked about how neat it would be to have a mountain home, but we’d never really found the right place or the right community,” said Ms. Bingham, 55, who is retired from student affairs. Mr. Bingham, 52, is a retired internet entrepreneur. 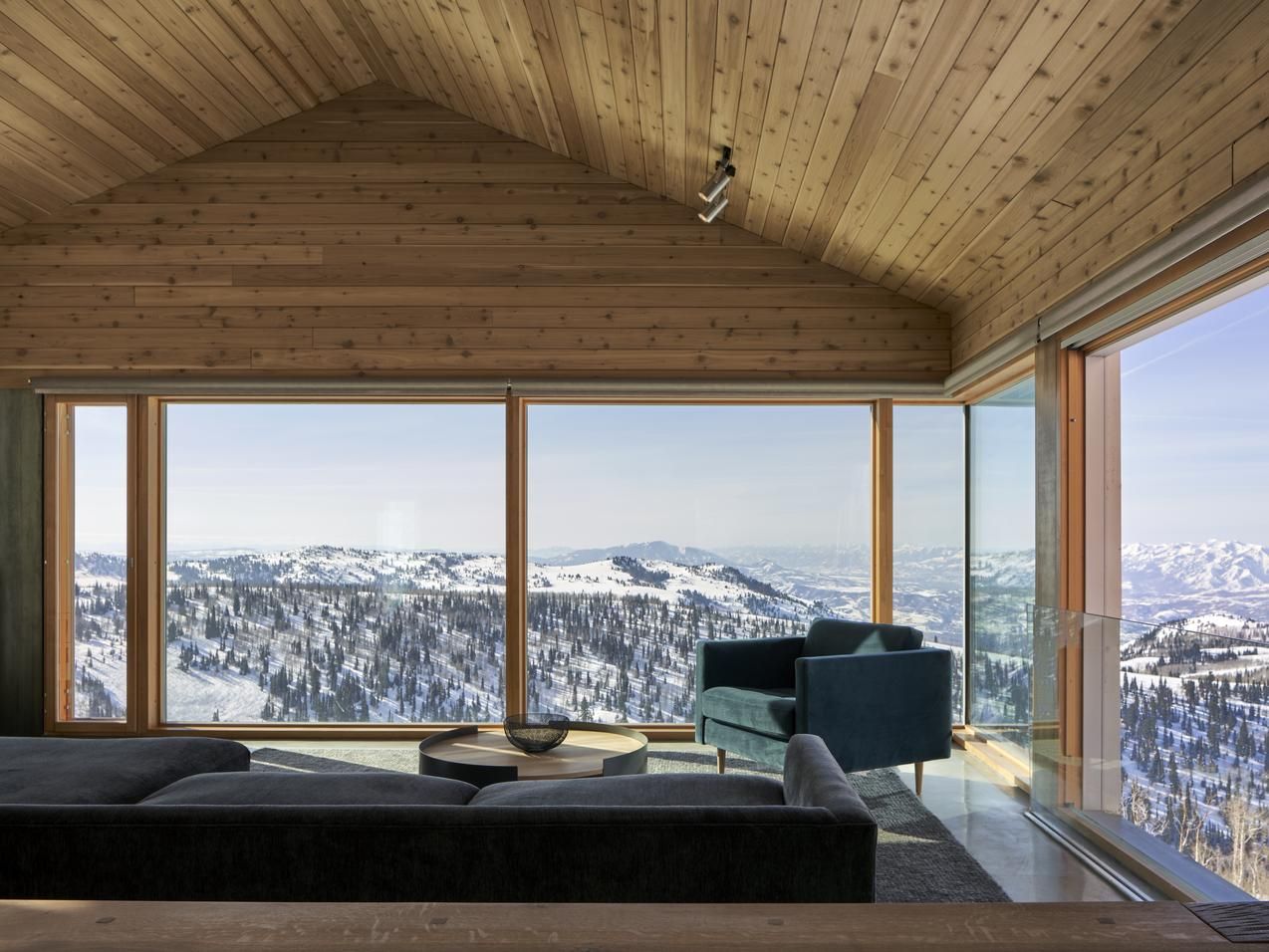 The interior of one of the Horizon cabins at Summit Powder Mountain. PHOTO: DOUBLESPACE PHOTOGRAPHY

“It’s not crazy. On the other hand, it’s not modest. It’s somewhere in between,” said Mr. Sorrell, 74. The 4,500-square-foot, five-bedroom, six-bathroom house has a black metal exterior, a sleek, Italian kitchen and a living room with a sunken seating area circling a glass fireplace—no stone hearth in sight. 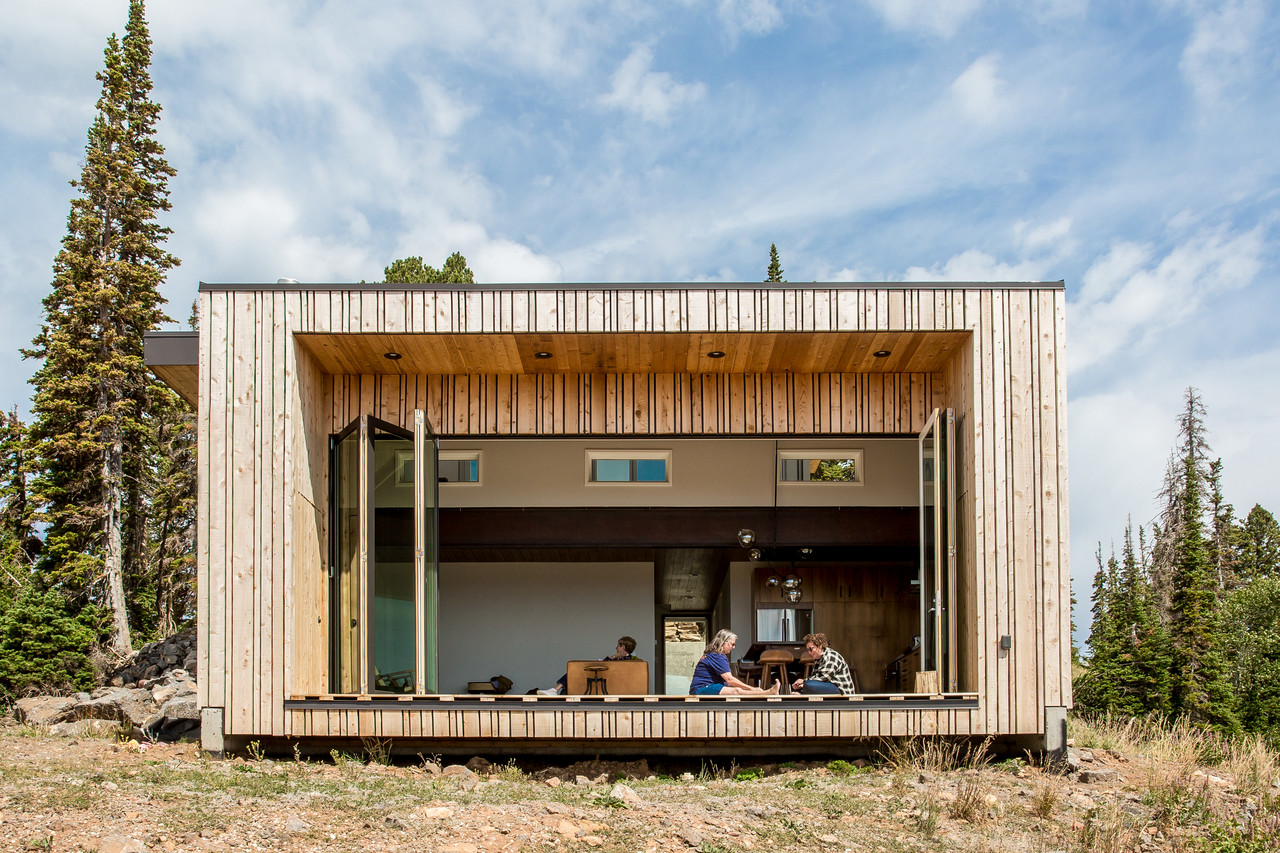 Gayle Troberman, the chief marketing officer of iHeartMedia Inc., above center, and her wife, Sue Turner, the chief operating officer of ListenJay, a podcast-review website, above right, built this home. Her mother, Ellen Troberman, sits on the couch. PHOTO: LINDSAY SALAZAR FOR THE WALL STREET JOURNAL .

The four men, along with Ryan Begelman, are more notably and, so far, more profitably, the creators of the Summit Series, an 11-year old, invitation-only event series for entrepreneurs and creative types that marries a New Age-style idealism with ample opportunities for mingling with the global elite. (Principles include “be present,” “show love,” and “go on a learning safari.” Past speakers include Jeff Bezos, Jane Fonda and Bill Clinton.) The series has attracted 30,000 attendees, 7,000 of which are regulars. Ms. Falcone-Sorrell, who has attended Summit Series events, says she wanted to be part of the resort because the young men “seemed to be quite brave and courageous and to take risks.”

Summit Powder Mountain is definitely a risk—particularly for a group of entrepreneurs with no experience managing ski resorts. But their decision to create a community where cultural cachet is as big an attraction as fresh powder could be the key to success in a business that is buffeted by some powerful, cold winds.

The ski industry is undergoing unprecedented consolidation and challenge, exacerbated by a drop in skier visits, to 59.3 million in the 2018-2019 season from 60.5 million in 2010-2011, according to National Ski Areas Association. In the coming decades, the ski season is expected to be shorter, with National Oceanic and Atmospheric Administration figures predicting fewer days below freezing. The increasing costs of lift tickets and lodging and an American population that is getting less white and older are also contributing to the decline in attendance, according to a Macquarie Group analysis. Water-rights battles are putting the squeeze on resort development in the parched, high-mountain terrain of the Western U.S., which may be forced to rely increasingly on expensive snow-making infrastructure, due to climate shifts. Summit Powder Mountain itself has already tangled with local water-rights holders concerned about its tapping of the area’s water supply for the 2,300 residences and 1,500 hotel rooms that it is approved to construct, as well as retail and event spaces—although it has no current plans to install snow-making. It has worked with local water-rights holders to address concerns about its water usage. 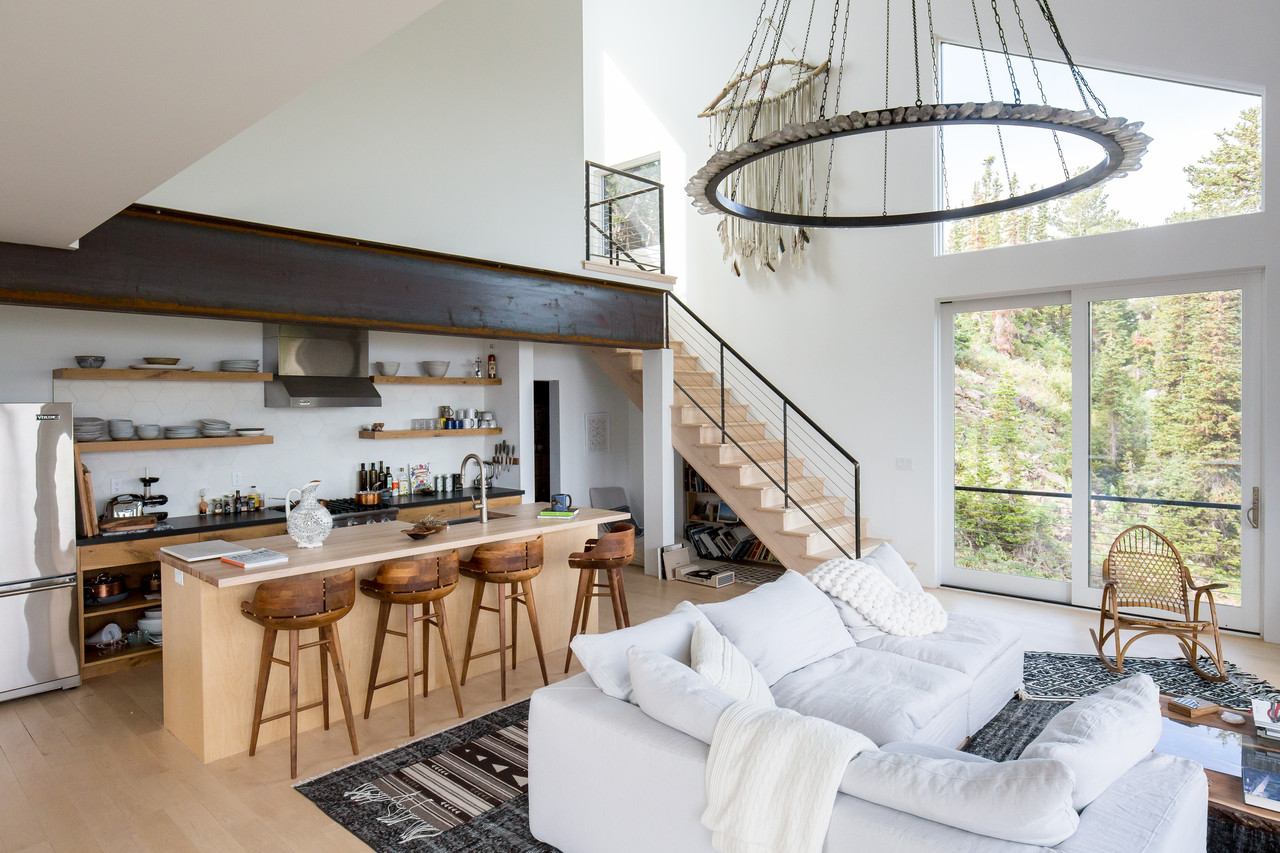 Summit Powder Mountain is a 10,000-acre ski development about 60 miles north of Salt Lake City. Elliott Bisnow, a co-founder, built this house, the first one on the mountain. Photo: LINDSAY SALAZAR FOR THE WALL STREET JOURNAL

Officials say the development is an intentional community—the embodiment of the Summit Series ethos of kindness, authenticity, relationship-building and environmental stewardship. “The folks that are here aren’t just here to have a second home in the mountains,” Mr. Derck said. “They’re also here to connect their family to other like-minded families and basically constantly better themselves and the world and their own particular initiatives.” 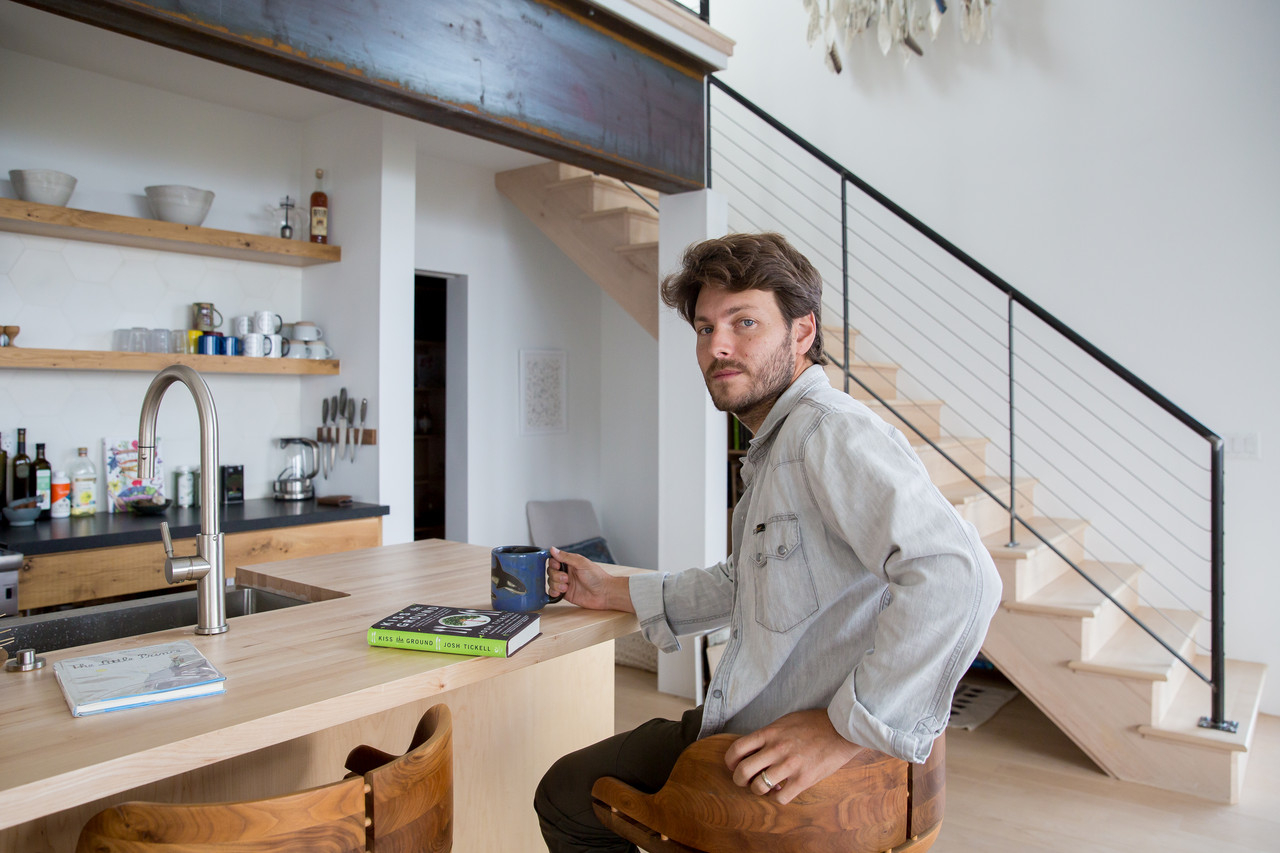 Early Summit Powder Mountain investors include billionaire Richard Branson and Ken Howery, co-founder of PayPal. Netflix Chief Executive and Co-founder Reed Hastings is constructing a tube-shaped, cedar house on the mountain. Bryan Meehan, the chief executive of Blue Bottle Coffee, is squeezing four bedrooms into an 1,800-square-foot house made of sustainable materials available at Home Depot . “It’s just to challenge, I suppose, what a ski home should look like,” said Mr. Meehan, 51, who is based in Oakland, Calif.

The Binghams’ home is a testament to just how devoted these early investors and Summit Series regulars are to the idea. The place is filled with nods to Summit: There are art pieces by former conference speakers, photographs of past events. Short quotations from visitors are cut into the metal treads of the main staircase: “Choose joy,” “Once, all this was a dream.” 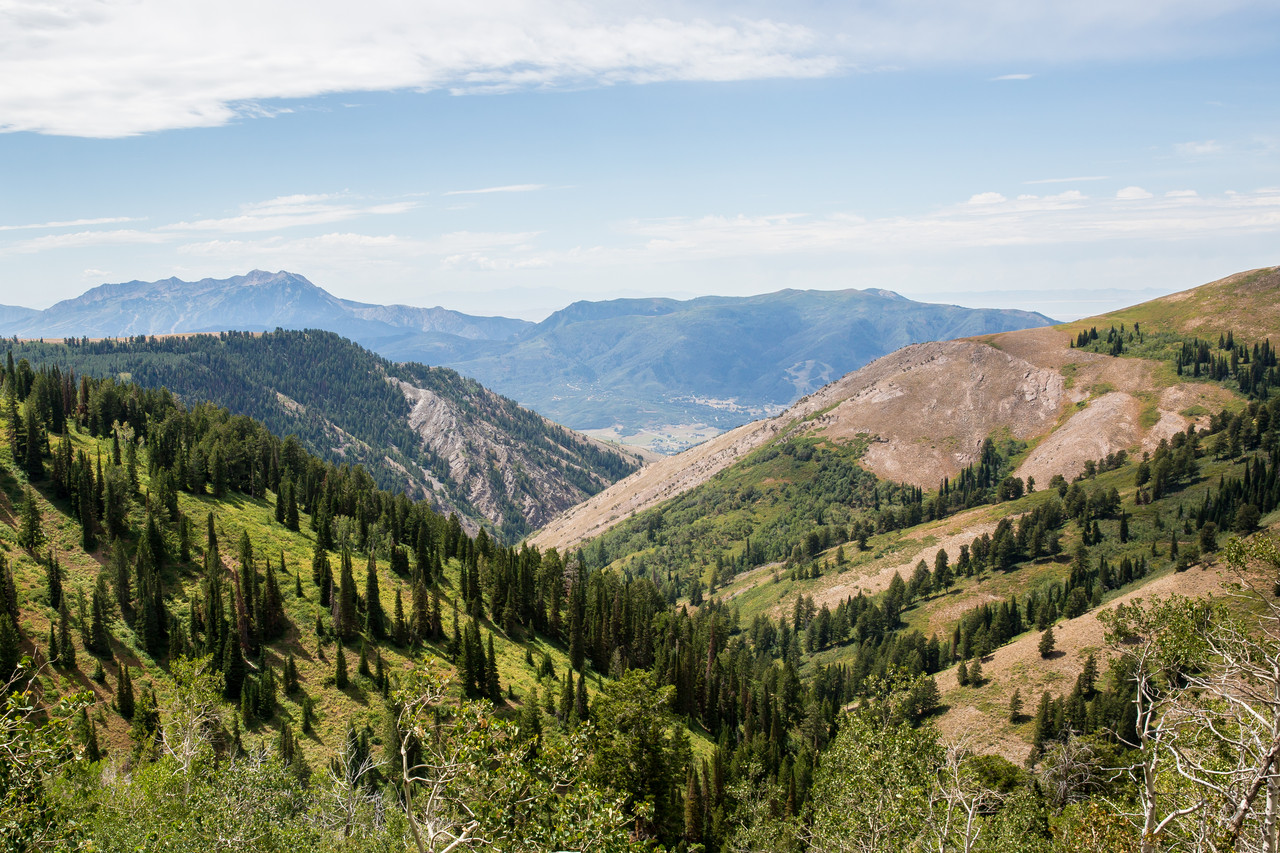 The question is whether Summit Powder Mountain will continue to attract buyers once the pool of wealthy acolytes is tapped out. Though many ski resorts host TED Talk-style events, Summit Powder Mountain may be the first to build a business around it, said Rusty Gregory, the chief executive of ski-resort giant Alterra Mountain Co. “It’s very specific to their market,” Mr. Gregory said, adding that it’s not clear whether it is a formula for long-term success.

Tiffany Fox, vice president of marketing at Summit Sotheby’s International Realty in Park City, said the resort “ticks all of the boxes.” The resort’s location near Salt Lake City, its design sensibility, and mix of housing stock and price points should appeal to the wealthy millennials driving the market, spec builders and budget-conscious apartment shoppers.

The idea to buy the mountain originated with Greg Mauro, a founder and managing partner of the venture-capital firm Learn Capital, who has a home in Eden. The Summit Series founders joined Mr. Mauro and Learn colleague, Rob Hutter, to buy the mountain in 2013 for about $40 million at a time when its owners were financially distressed. 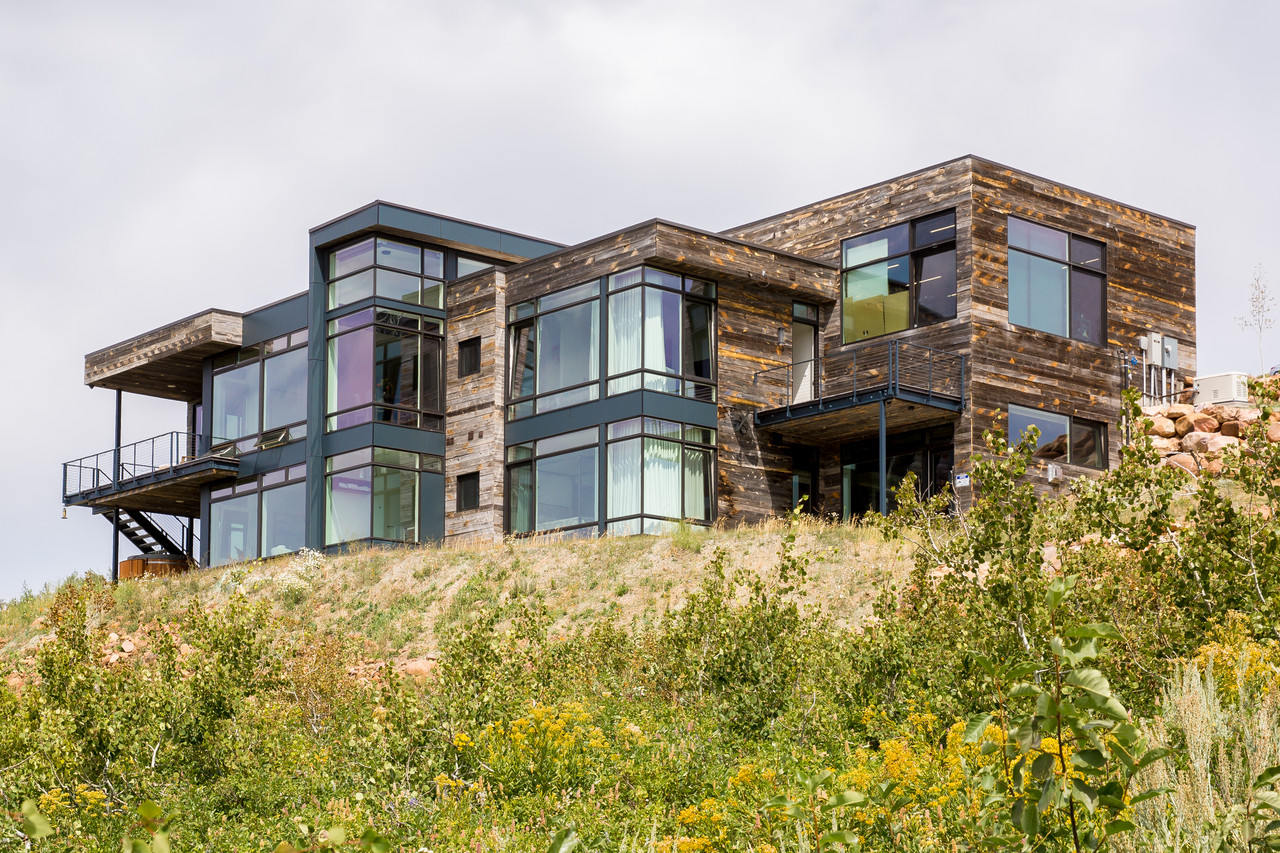 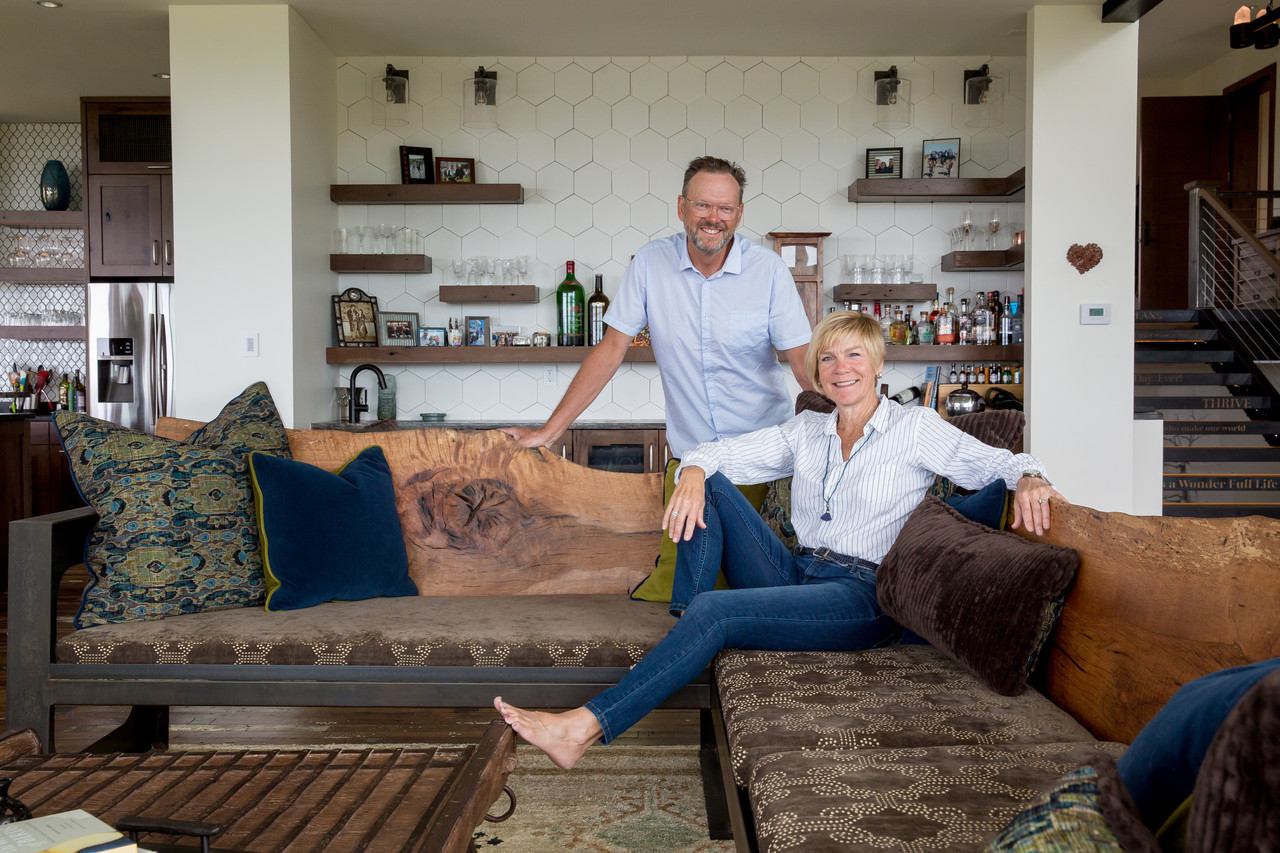 Mr. and Ms. Bingham in their home. PHOTO: LINDSAY SALAZAR FOR THE WALL STREET JOURNAL

The team has hired resort and real-estate executives to manage the operations and sales, but many details are still question marks even six years in. It plans for 1,500 to 2,000 residential units, depending on demand for hotel rooms and rentals, Mr. Derck said. Completion may take another 15 to 20 years, he says.

The company, says Mr. Derck, plans to continue to own and operate the ski resort, recreational facilities, and events venues, will likely take a stake in future retail properties, and intends to sell most of the land reserved for residential development to developers or individual homeowners.

“Usually the commodity is, how isolated can you be? Here, it is all about being close together and celebrating that.”

The venture sold out its first batch of 144 lots, mostly to a group of about 100 early investors in Summit Powder Mountain. They put in between $250,000 and $2 million in exchange for a promissory note for a deed to a correspondingly sized lot. Its second batch of lots—57 on top of the mountain—is priced between $550,000 to $1.43 million. Brian Williams, the director of real estate, says nine people have reserved one. Another area is mapped for 30 cabins—arranged to promote interaction between neighbors. Summit Powder Mountain is selling the vacant cabin lots with pre-designed plans for homes of 1,300 to 3,000 square feet. Prices range from $1.3 million to $2.9 million for the land, plans and construction of the home. About half have sold, including three to buyers who weren’t previously Summit members (buyers get Summit membership). Mountain Resort Builders is working directly with buyers to construct the homes. “Usually the commodity is, how isolated can you be?” said Brian MacKay-Lyons, the Canadian architect behind the plans. “Here, it is all about being close together and celebrating that.” 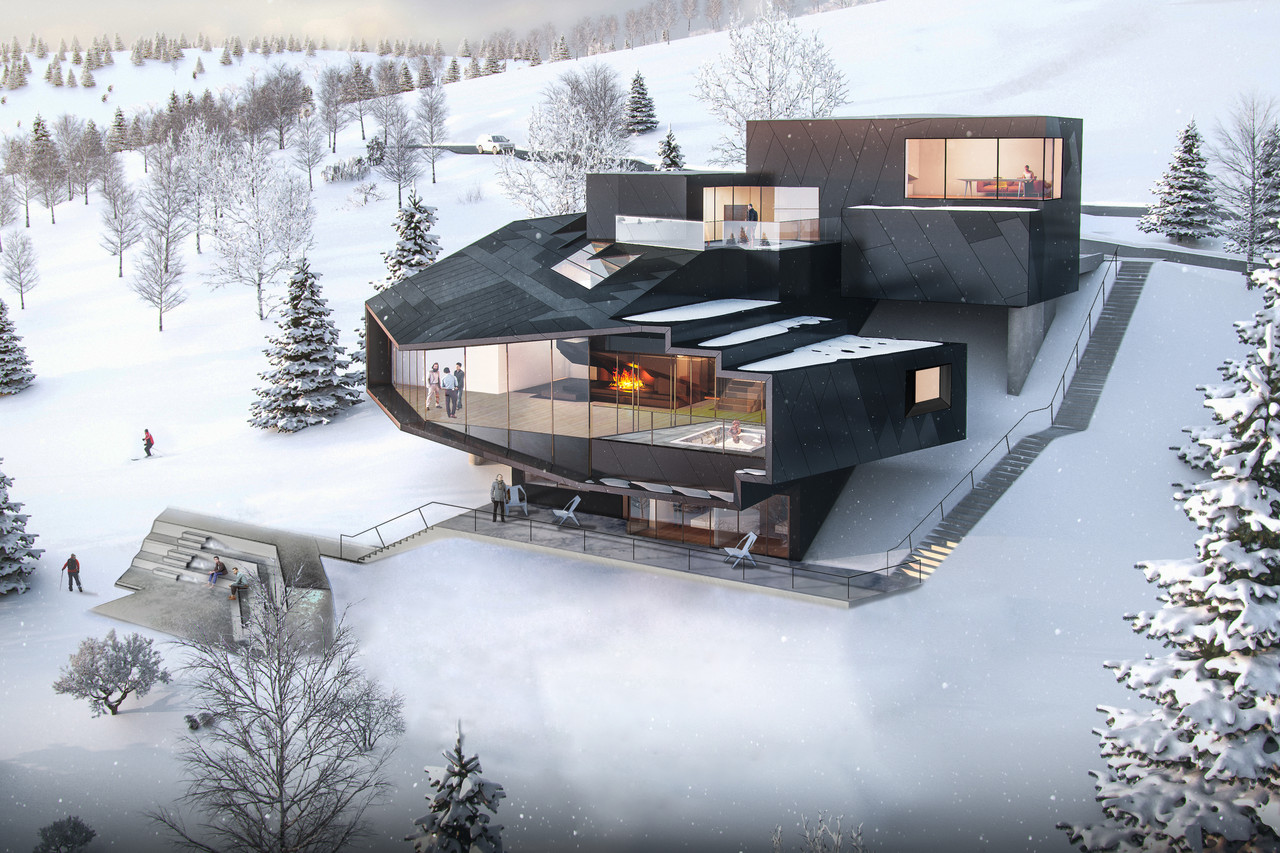 This month, Summit Powder Mountain broke ground on its second phase of development, a public ski village. One building will have condominiums, while another will have lofts and commercial space; prices for the condos and lofts range from $600,000 to $3 million. (Summit Powder Mountain is in talks with a mountain-resort developer to buy the lots and construct the buildings, Mr. Derck said.) An affiliate of Greenline Capital plans a hybrid building with 60 micro-condos starting at $300,000 that will include a 57-room Selina hotel, a brand for “digital nomads” that counts We Co. co-founder Adam Neumann as an investor. Greenline intends to purchase the land for the project, pending county approvals.

“The most interesting people are the starving artist, the filmmaker, the documentarian,” Mr. Mauro said. “We want this project to be a home for them.”

The strategy may be working. Ms. Fox, of Summit Sotheby’s, said she is starting to get more questions about the development from young, wealthy buyers who are looking for an environmentally friendly ski community where they can get to know their neighbors. 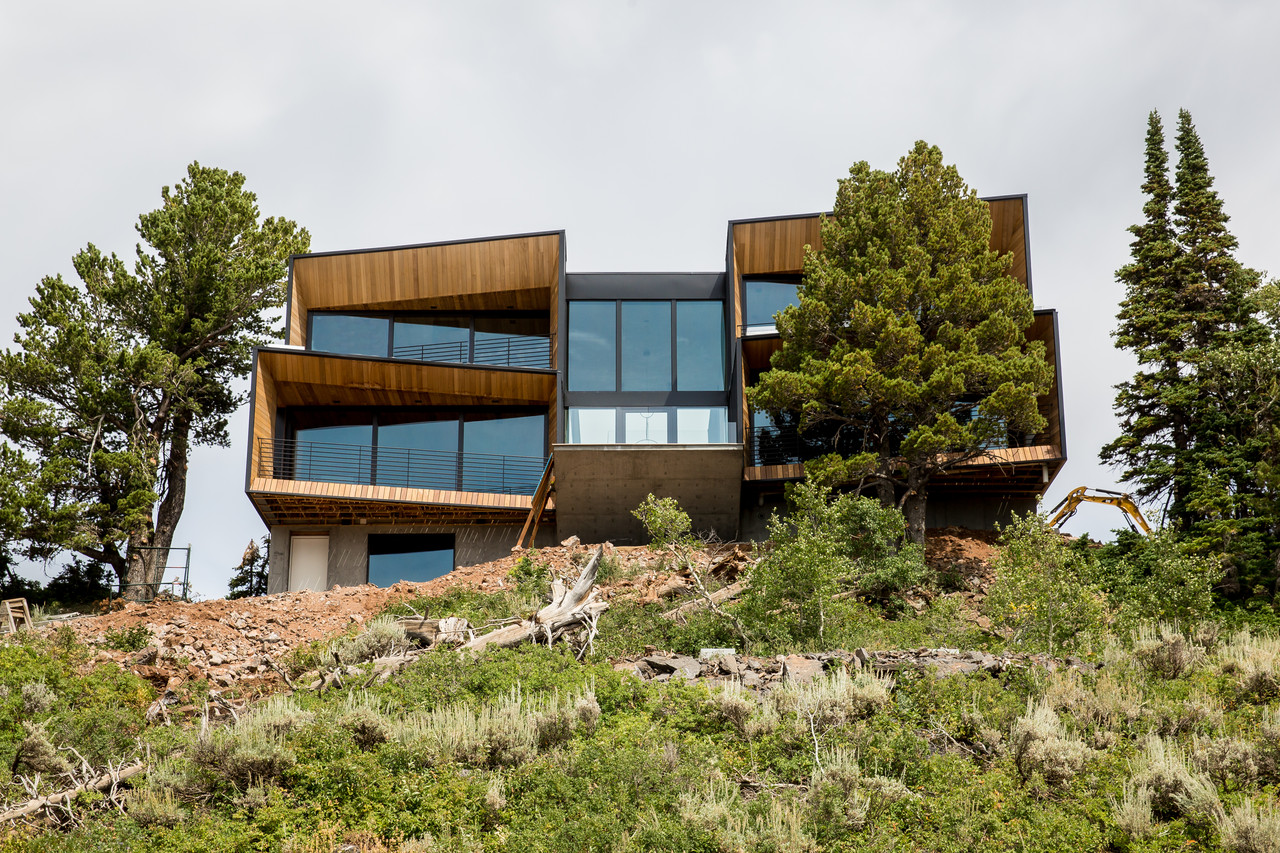 “It won’t appeal to everyone,” said Stephen Roney, the chief executive of Berkshire Hathaway HomeServices Utah Properties, “but I don’t think that’s what they want either.”

As part of its focus on creating an environmentally sustainable development, Summit Powder Mountain plans to earmark 75% of its land for conservation and recreation, including the ski area. It capped the number of skiers on its 8,500 acres of skiable terrain to 1,500 a day. Homes are limited to 4,500 square feet above ground and must be built in a style called “heritage modernism.”

One of the most eye-catching homes will belong to Tom Buttgenbach, the founder and chief executive of 8minute Solar Energy, a solar-power developer. The 5,500-square-foot Dark Chalet will be partly below grade. 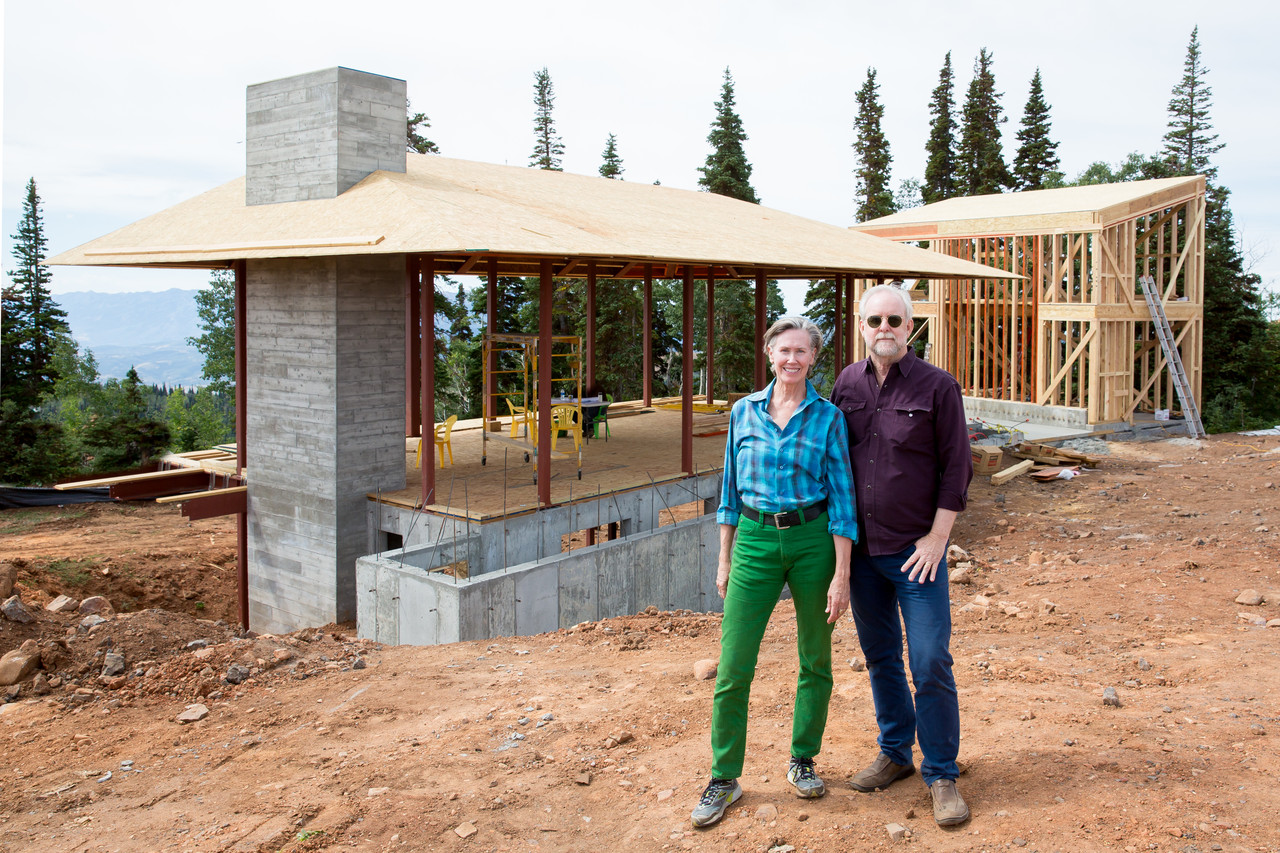 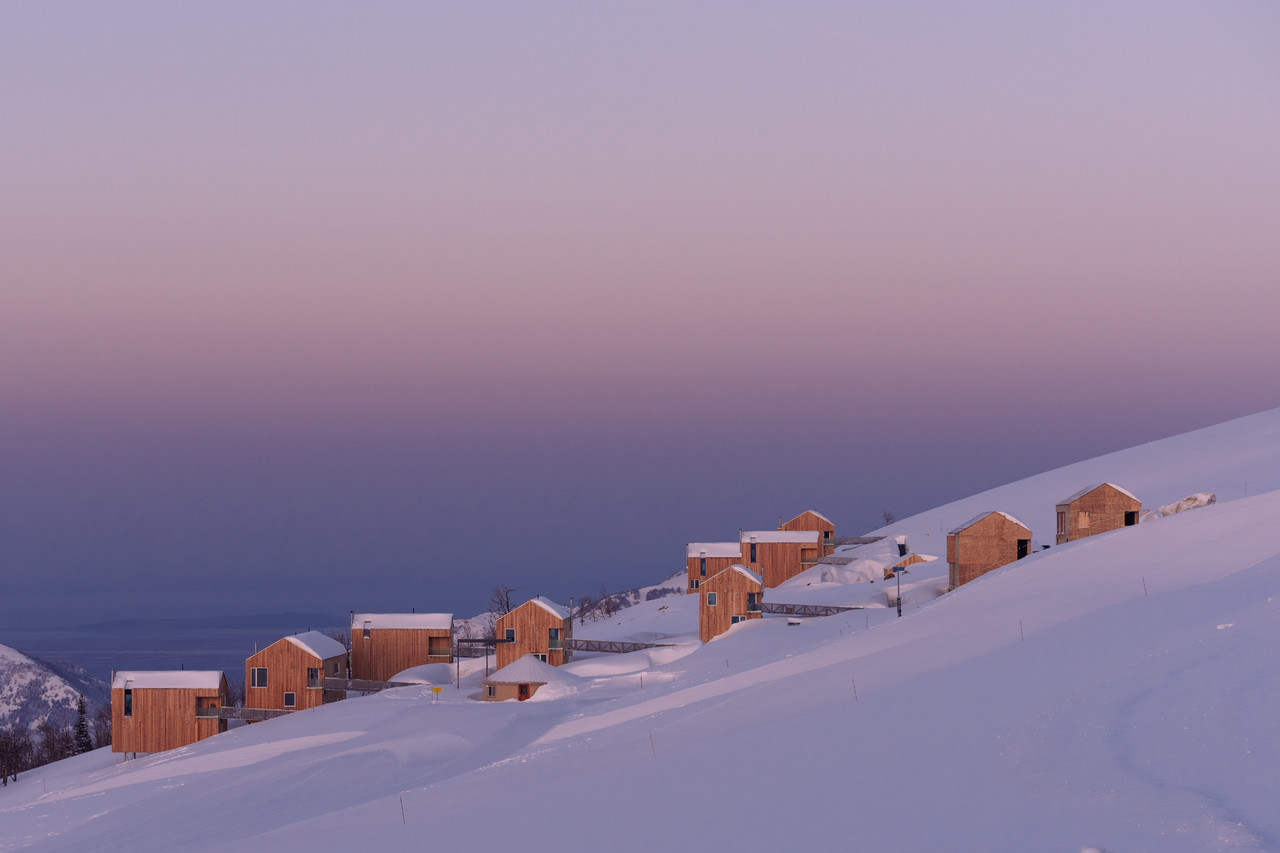 The exterior will be made of glossy- and matte-black metal panels that incorporate commercial-grade solar to generate 362% of the home’s energy needs. Inside, a 28-foot-wide fireplace will be the focal point of a three-story space that can accommodate Summit Series events, said architect Tom Wiscombe.

John Plunkett, 67, and Barbara Kuhr, 65, the founding designers of Wired Magazine, are taking a different approach. Entitled to build up to 4,500 square feet, they plan to construct a four-bedroom home of just 2,700 square feet. To make it blend into the mountainside, they will add a green roof between the main house and a detached garage and library. The budget is $450 to $550 a square foot.

The Park City couple had been considering moving to New York or Los Angeles, but Summit Powder Mountain renewed their interest in Utah, Mr. Plunkett said. “If they pull this off,” he said, “it is something we can be deeply involved with over the next 20 years.” 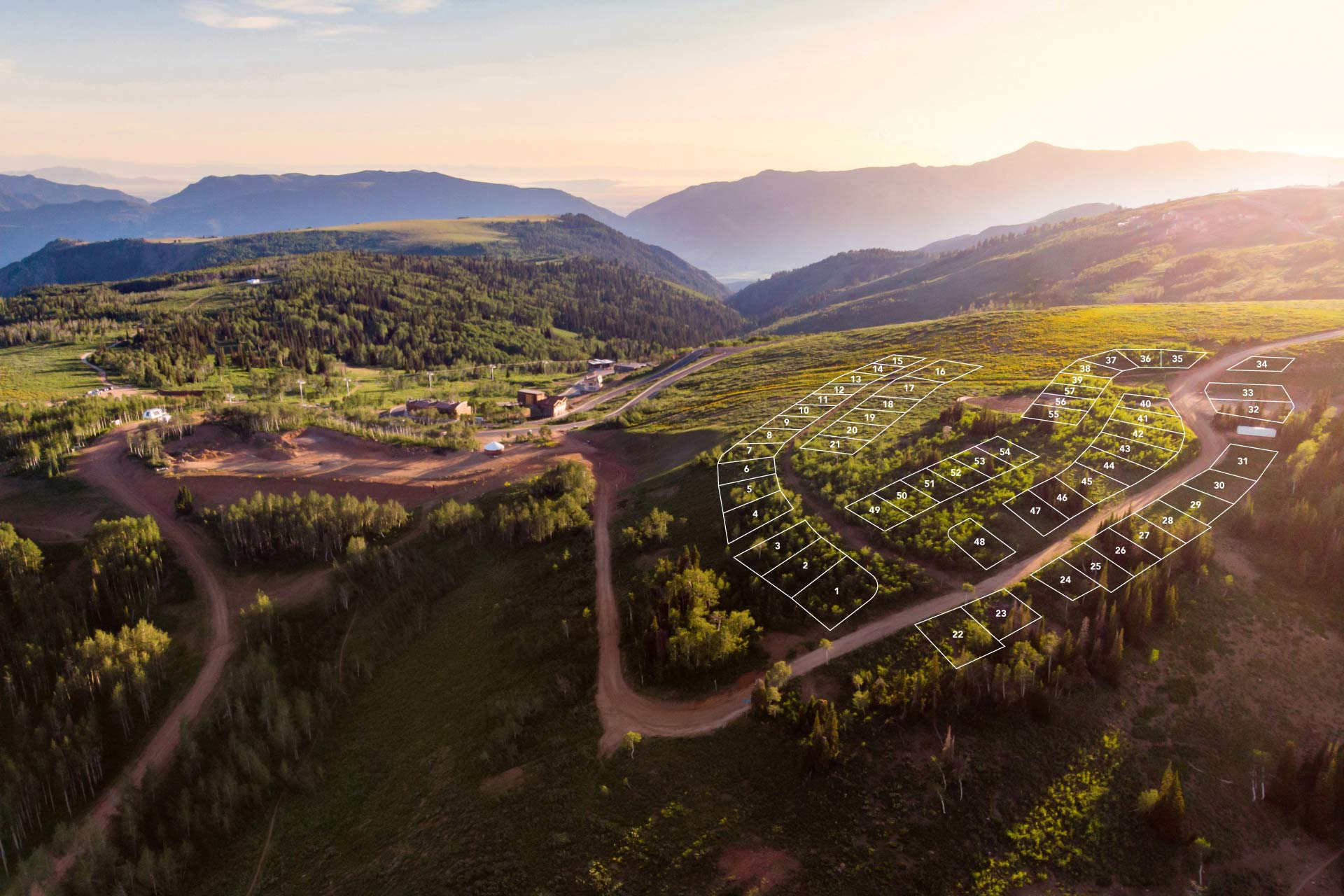 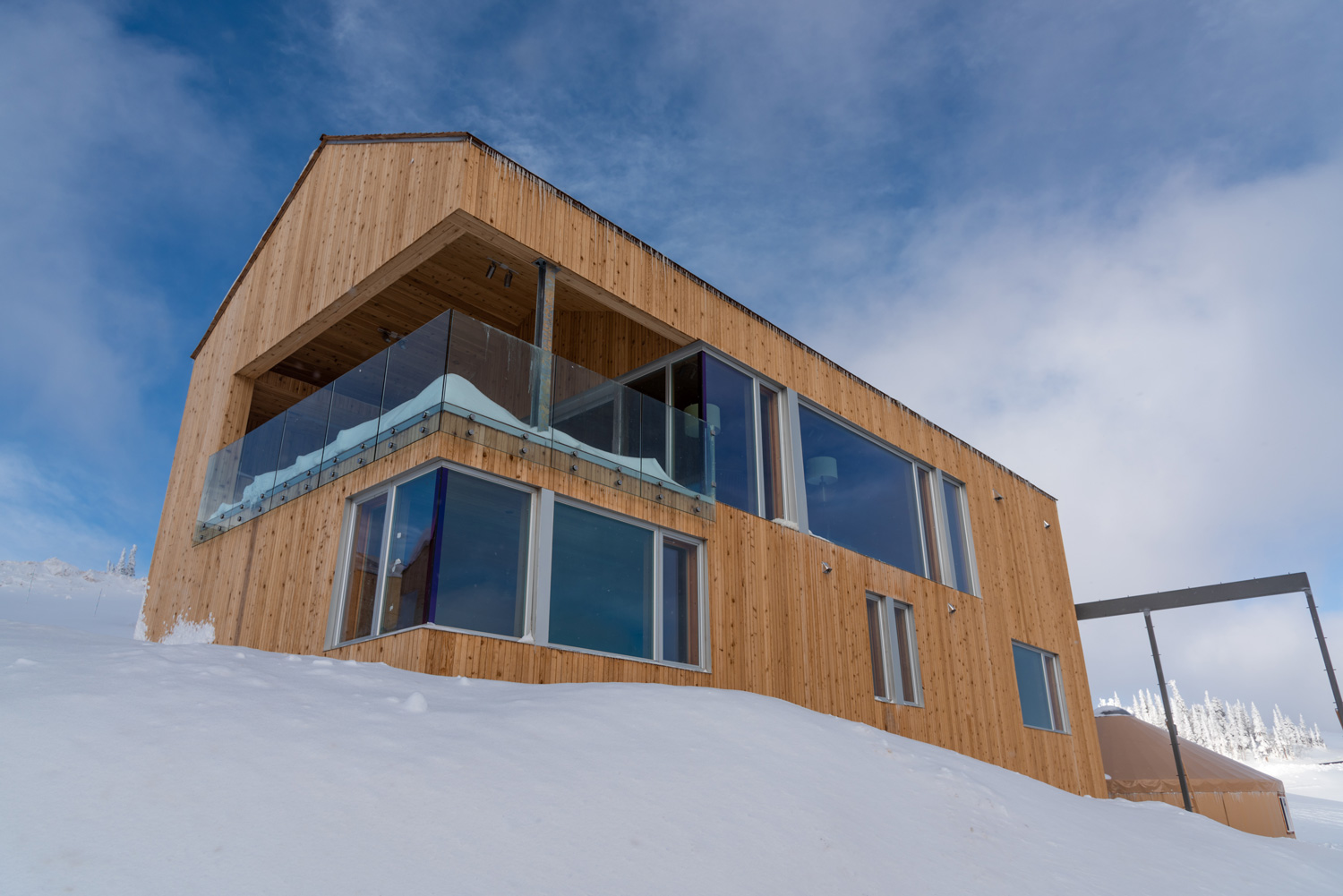 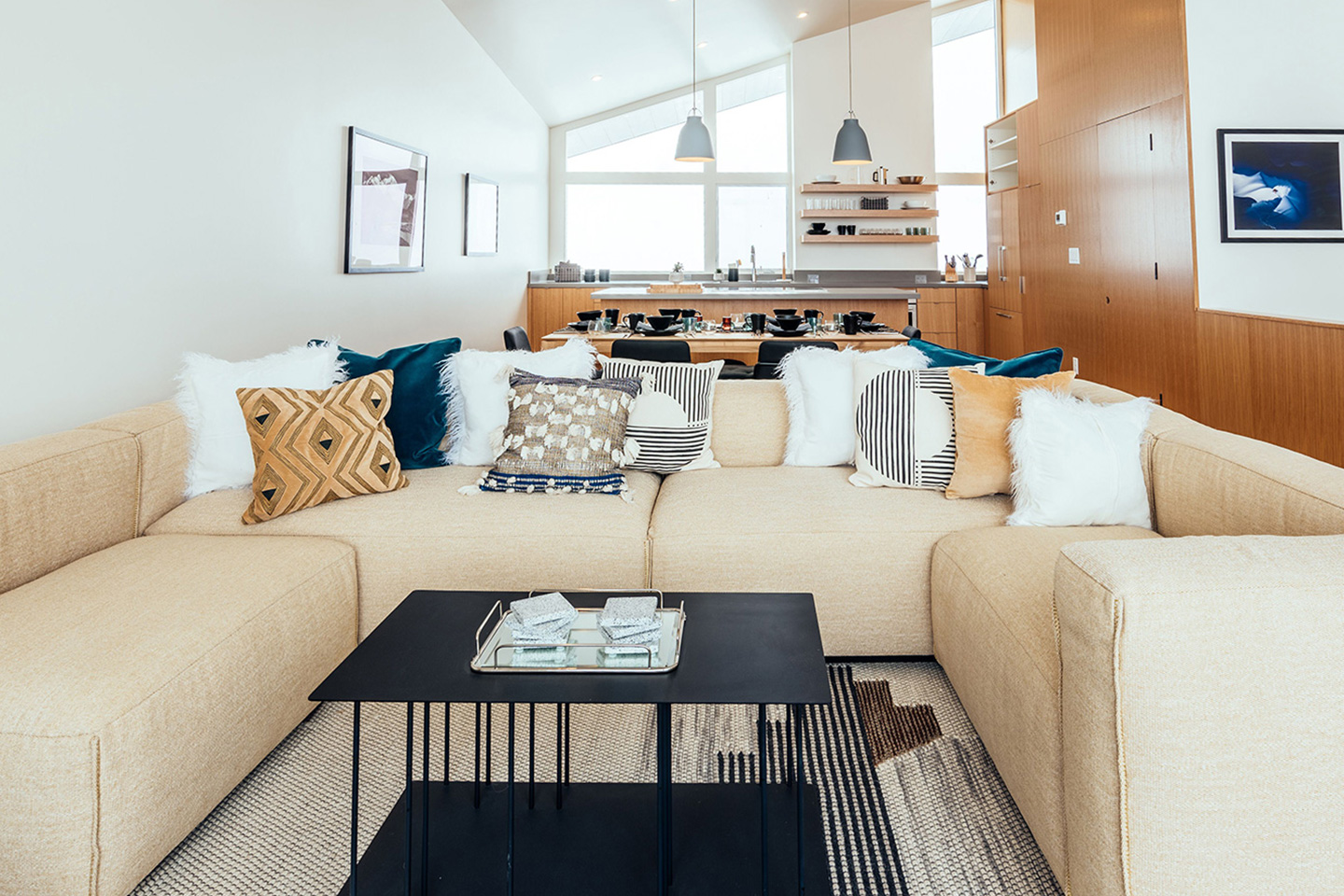 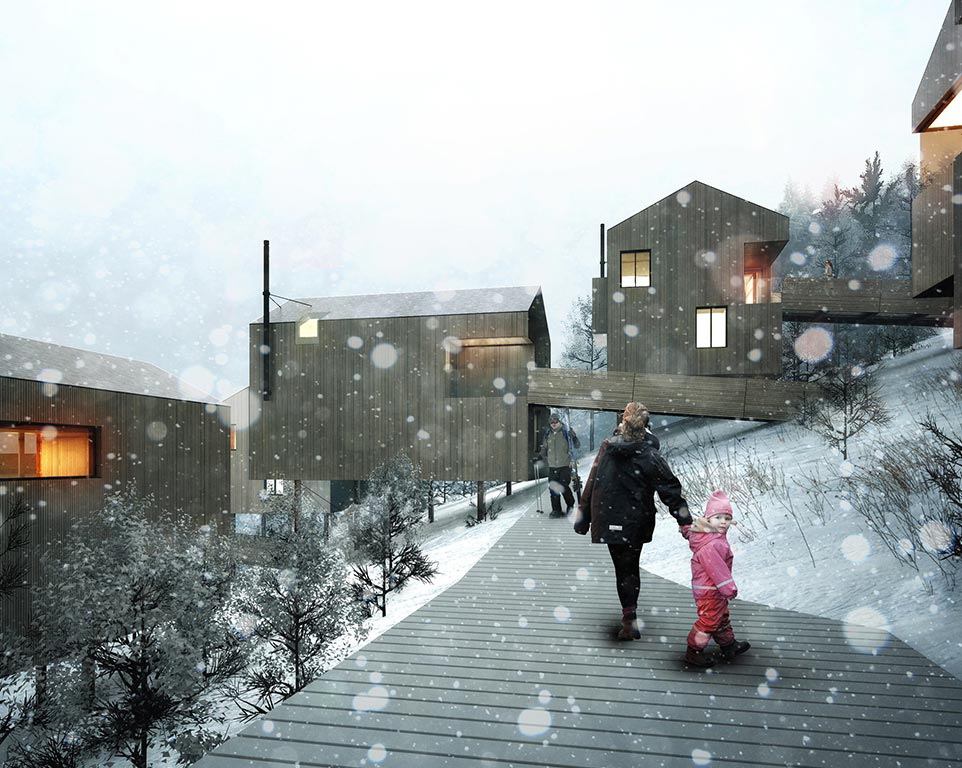 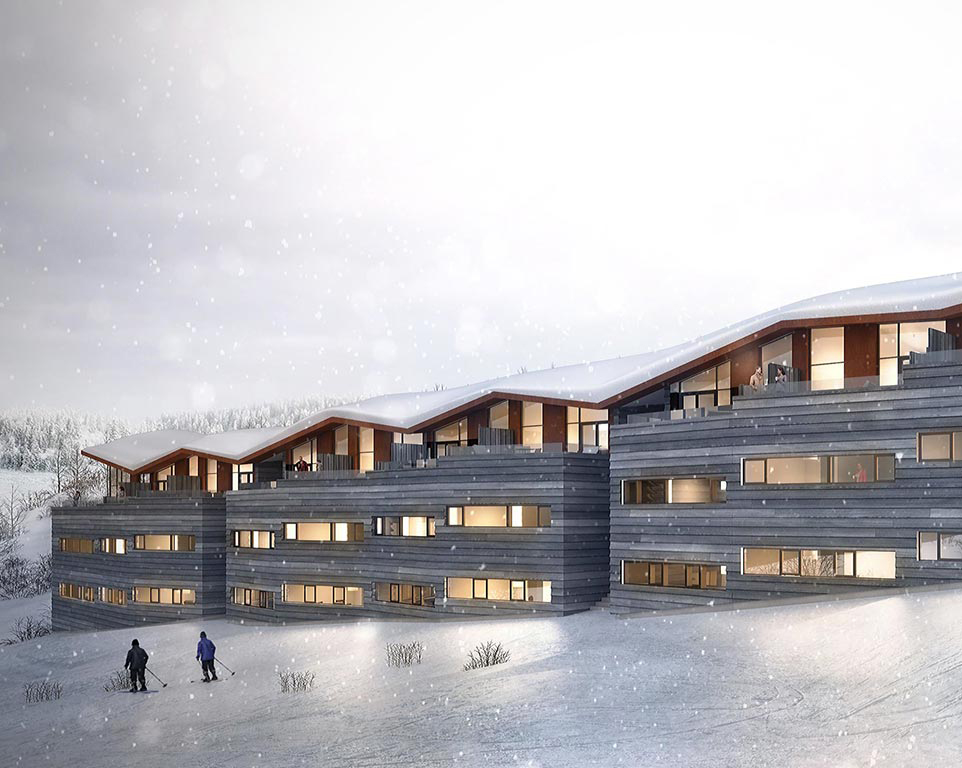 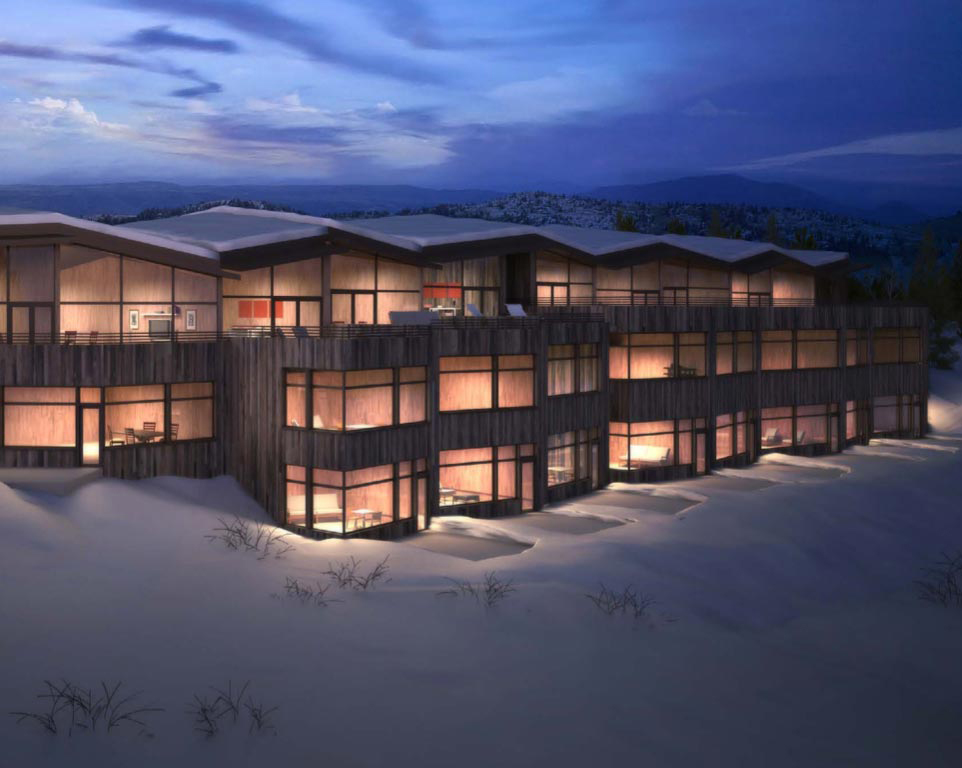 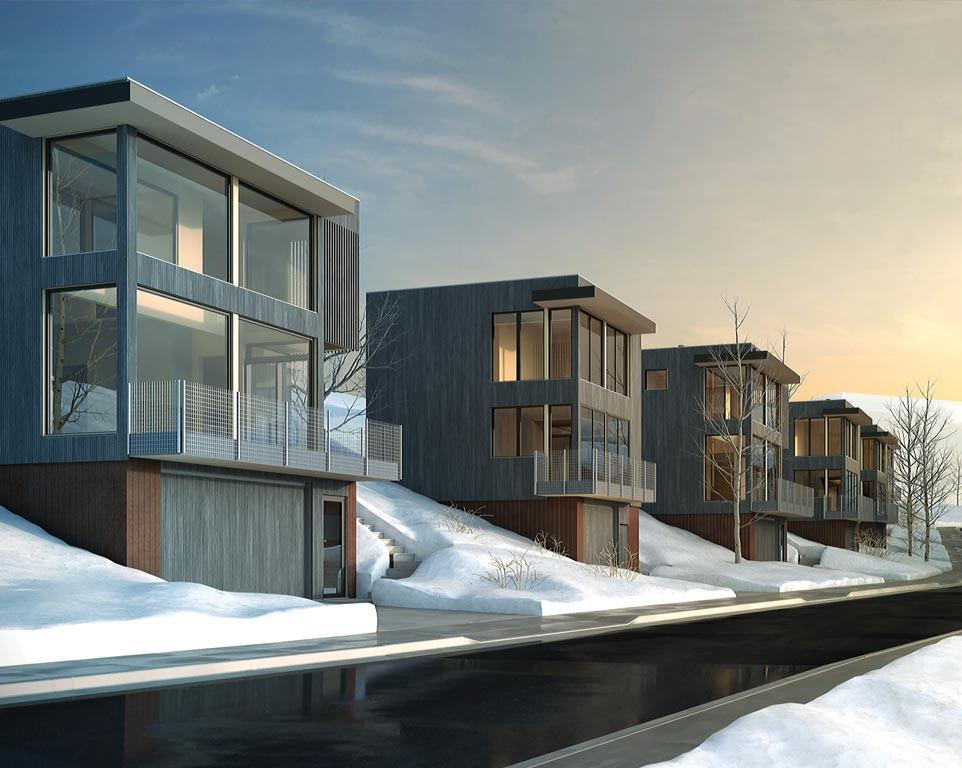 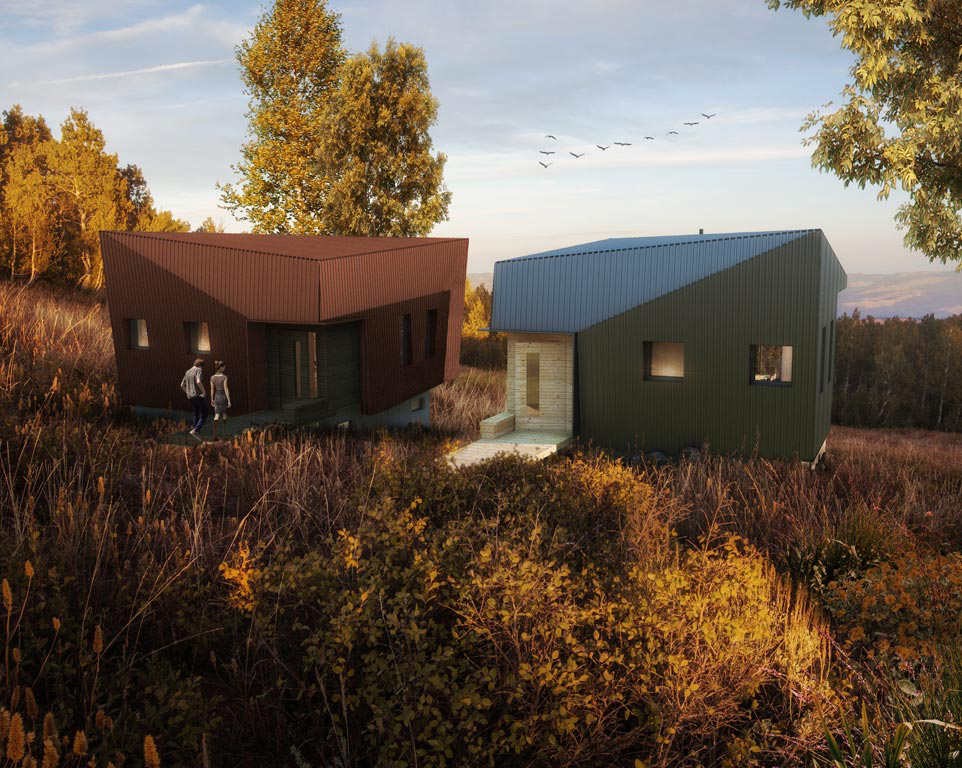 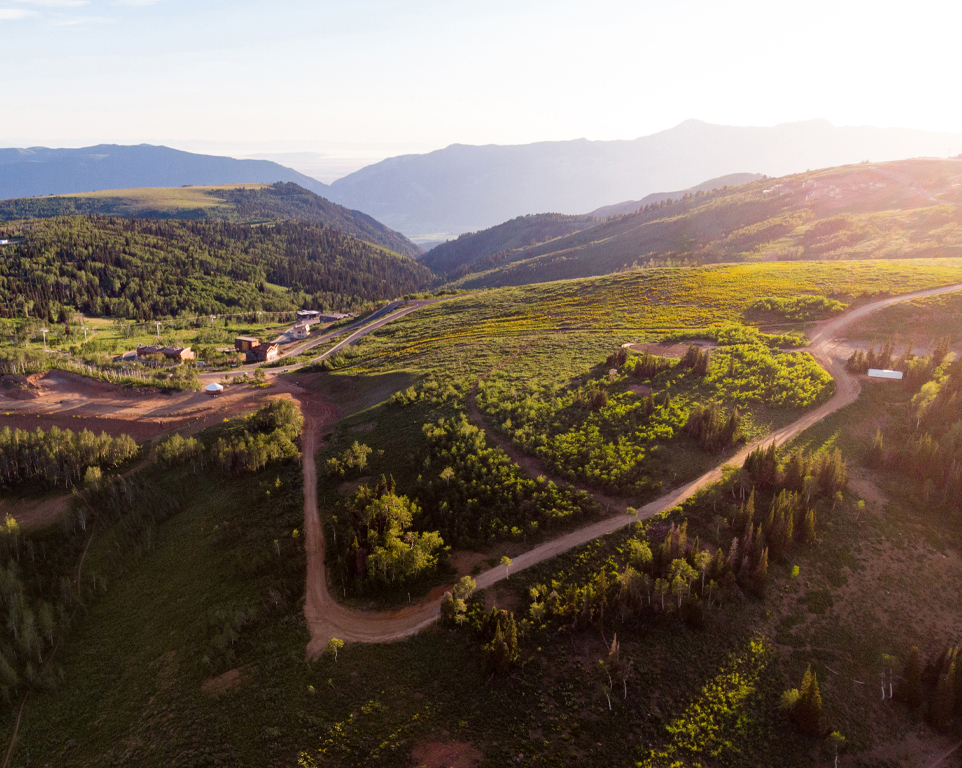